Behind the Scenes: REBBL with a cause

We fell in love with REBBL on day one. It’s not often that we come across a true mission with a product whose vision for the planet so closely aligns with our own mission to increase joy and reduce suffering in the world.

But REBBL, a brand born of the nonprofit Not for Sale, not only fits into that category; it leads it.

When the Guru Crew first sat down with REBBL’s brilliant, energetic and visionary SVP of Marketing Rusti Porter, it became immediately clear that our biggest challenge would be how to help prioritize REBBL’s brand narrative in a way that would reflect and accurately represent the depth of REBBL’s full story.

Like the layers of a sweet onion, REBBL has seemingly infinite stories of authentic goodness to tell: the sourcing of its organic ingredients and on-the-ground relationships with suppliers in 29 countries around the world, its star-studded investors (hello, Ruby Rose), the transformative benefits of the super herbs and adaptogens that power each beverage, the way founder Palo Hawken and his team soulfully craft each incredibly delicious elixir in REBBL’s test kitchen (it’s a real thing, we’ve been in it), and of course, the mission at the heart of it all: to eradicate the root cause of human slavery and human trafficking with every bottle sold. 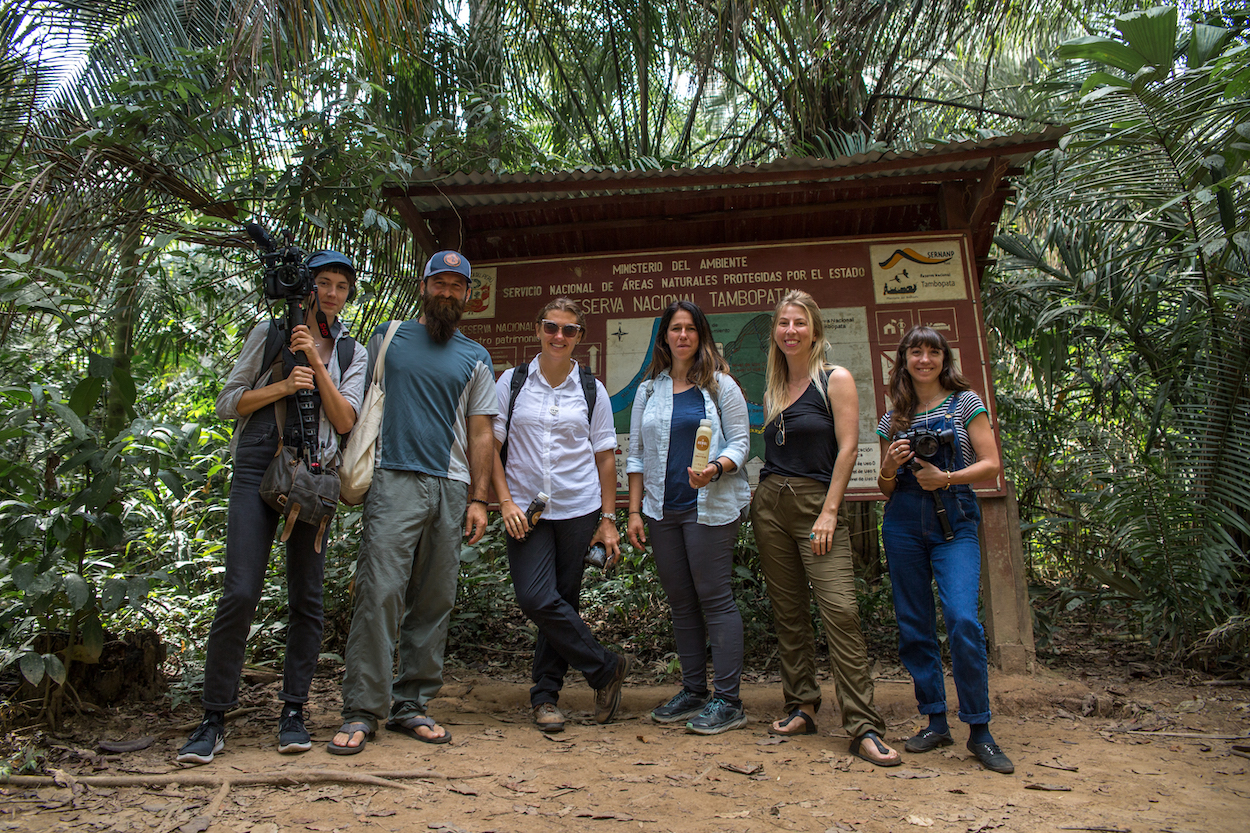 We began with the “What’s Your Elixir?” campaign, which launched this time last year, connecting consumers to the transformational power of super herbs and adaptogens over the course of a three-phased campaign roll-out: leading with taste, then introducing the functionality of these super herbs and adaptogens, and last, but certainly not least, layering in the impact that this company has on the world.

That impact is consequential. This year, REBBL crossed a significant milestone, having contributed $1M in cumulative donations to its parent organization, Not for Sale.

So, how exactly does the relationship between Not for Sale and REBBL work? And what, you may be asking, is a “mission with a product?”

That story is multifaceted and frankly, rebblutionary, and one that the REBBL team was determined to share. So, together, we set about telling it through the only medium that would allow REBBL to weave together the complexity and richness of who it is: a short documentary film.

“REBBL with a cause” highlights the sourcing of one ingredient, the mighty Brazil Nut, central to one of REBBL’s Plant Protein Elixirs, Banana Nut. Narrated by actor, activist and REBBL investor Ruby Rose, the film brings the viewer deep into the Peruvian Amazon to see how the local castañeros, or farmers, harvest and process the Brazil Nut and how, with REBBL and Not for Sale’s support, the entire infrastructure of the region has become not only sustainable, but regenerative. 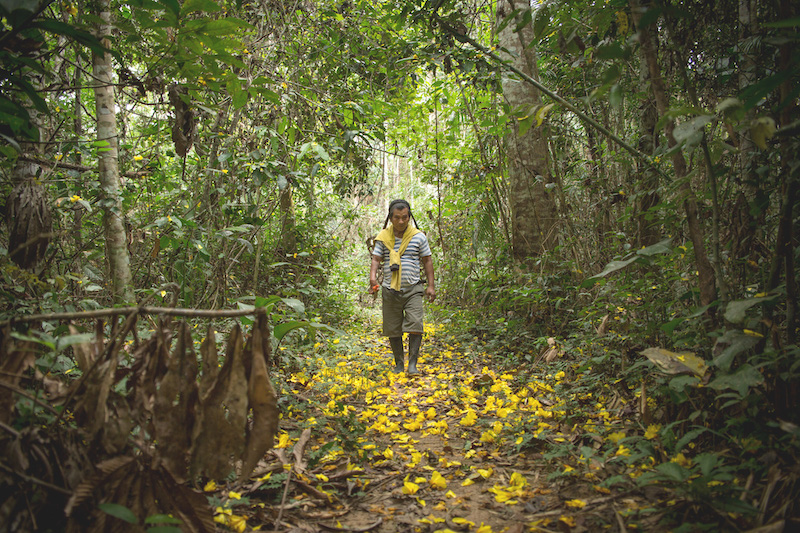 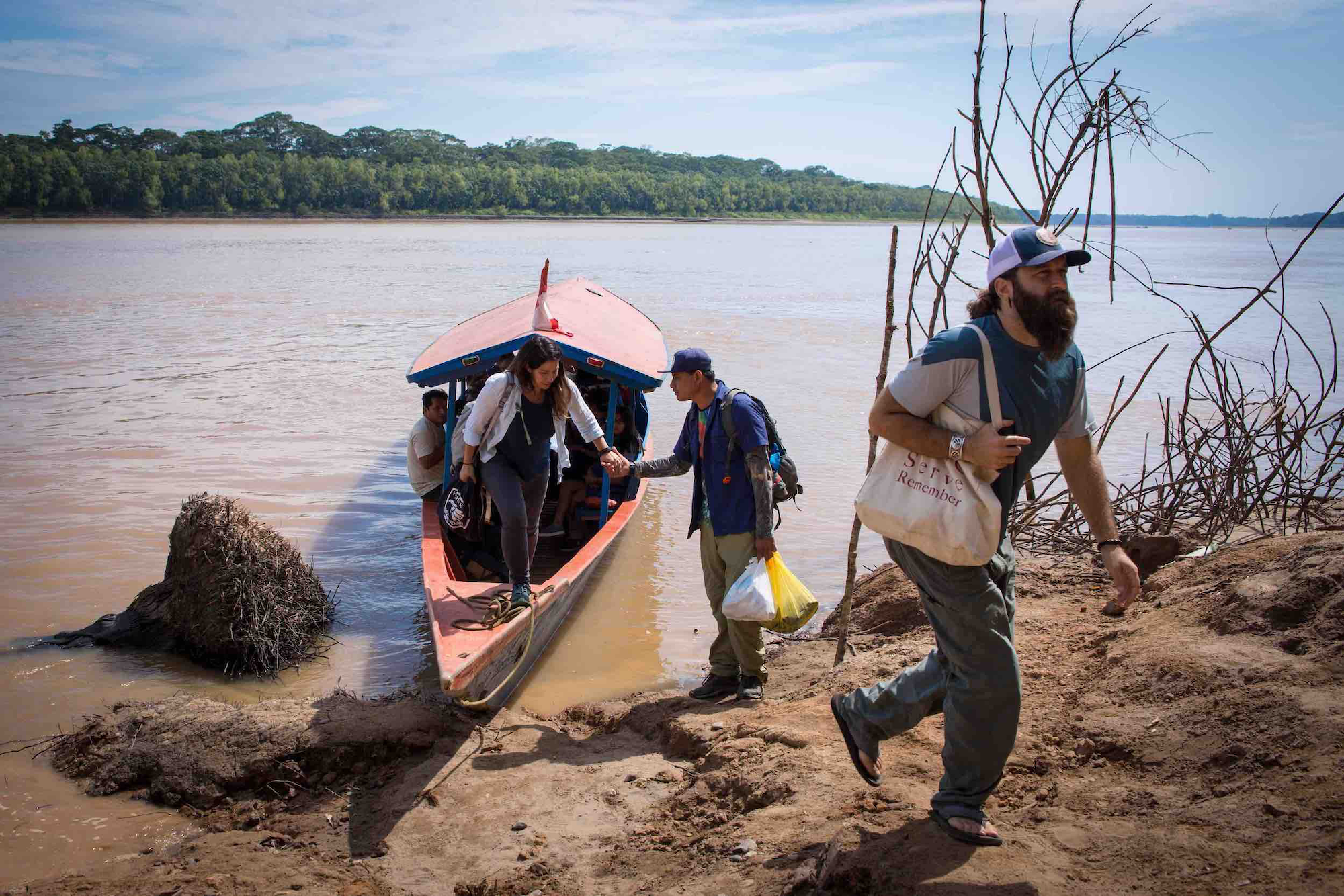 By empowering the region and uplifting the individuals, particularly the women, in its communities, REBBL and Not for Sale have also been able to create a solution to eradicate the root cause of human slavery and fight against human trafficking in the Peruvian Amazon. Prior to REBBL and Not for Sale’s partnership, these communities were vulnerable to the exploitation that currently has 45.8 million people worldwide enslaved. Now, they are able to advocate for themselves and protect each other from the fastest growing illegal industry of our time. 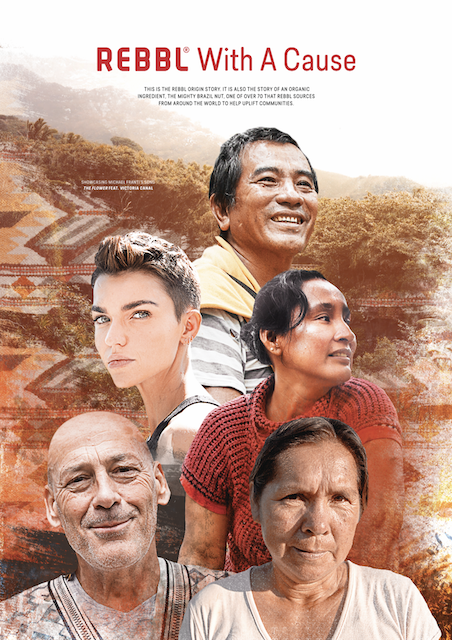 “Collaborating with the REBBL team to create this documentary from start to finish has been one of the most rewarding projects of my career,” Gagan said. “We are often introduced to companies with a mission, but REBBL is truly a mission with a product. Our job as storytellers is to distill complicated, expansive stories into impactful campaigns and collateral, and it was refreshing to have the spaciousness to tell this story in a 30-minute film.”

Despite being a multifaceted, complex, rich business model, there is one important takeaway from this film that should inspire every brand, organization, movement and entrepreneur in business today: simply by sourcing responsibly—respecting the humans and the land throughout the process from the tree to the bottle—REBBL and Not for Sale are able to have immeasurable impact not only in the Peruvian Amazon highlighted in this film, but in each of the 29 countries around the world from which it sources 70+ unique  ingredients.

A Show For a Change agrees, having awarded “REBBL with a cause” the Social Impact Awards for their August Film Festival.
Innovative solutions in today’s world must be rooted in the basics of humanity: respect, love, creativity and a willingness to think differently.
Watch this beautiful tale of empowerment and respect on REBBL’s website here and enjoy these photos from the film’s premiere at the Strand Theater in San Francisco on August 20 with special guests and REBBL Collective members Michael Franti, a musician and humanitarian and Dominique Crenn, a world-renowned chef. 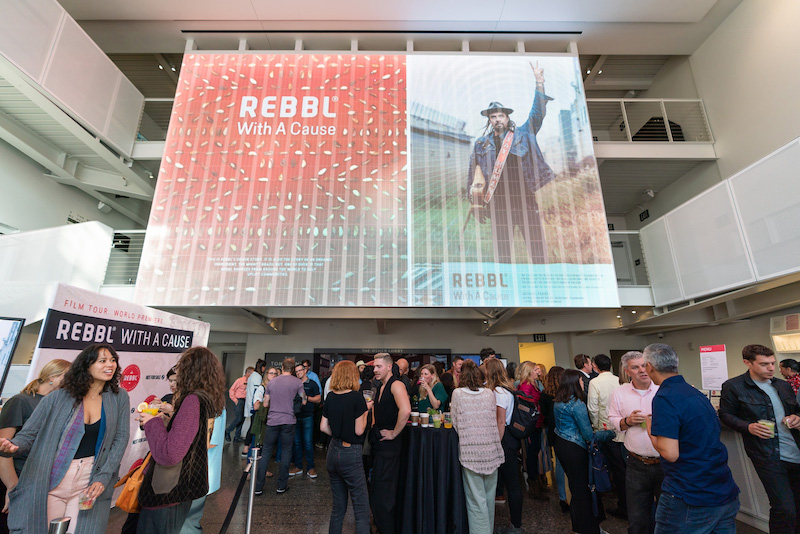 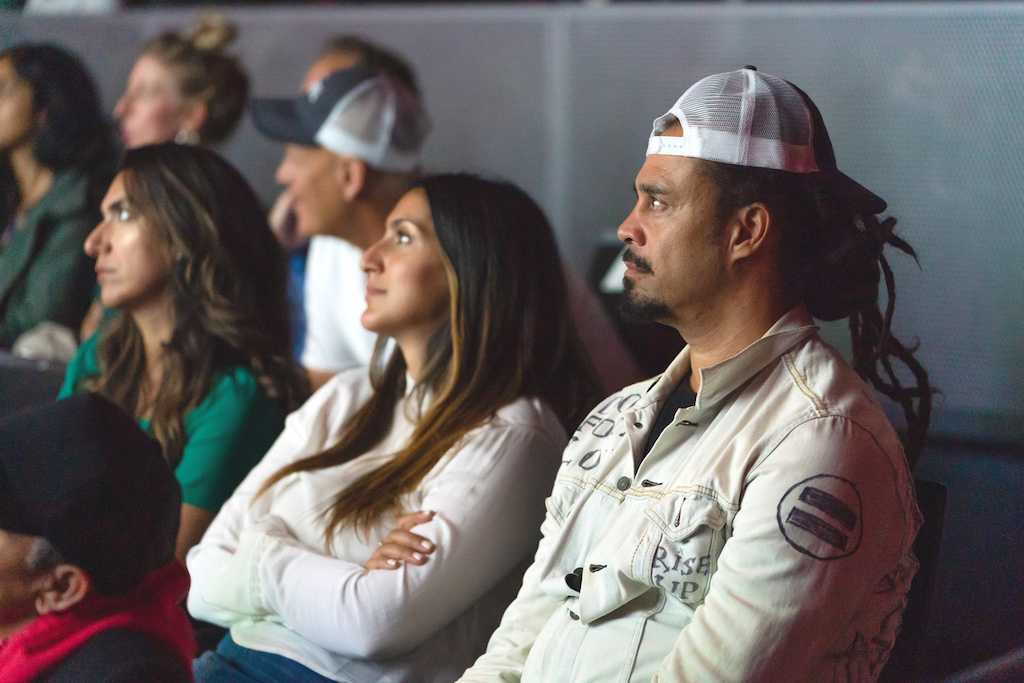 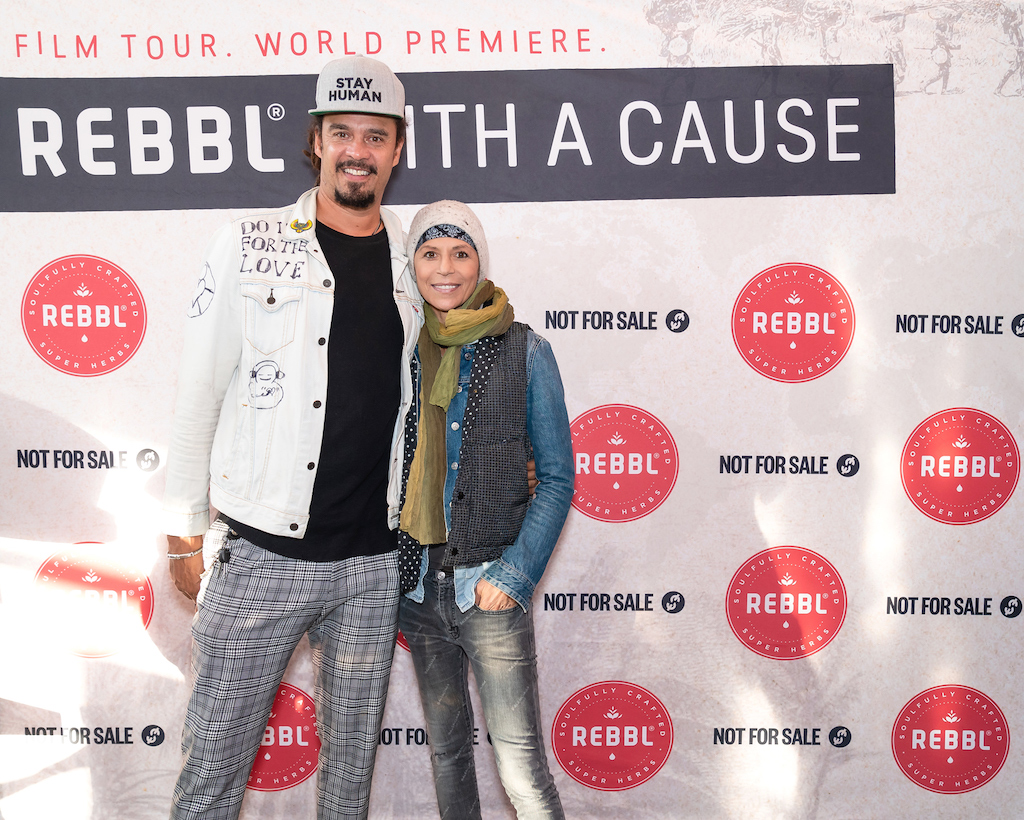 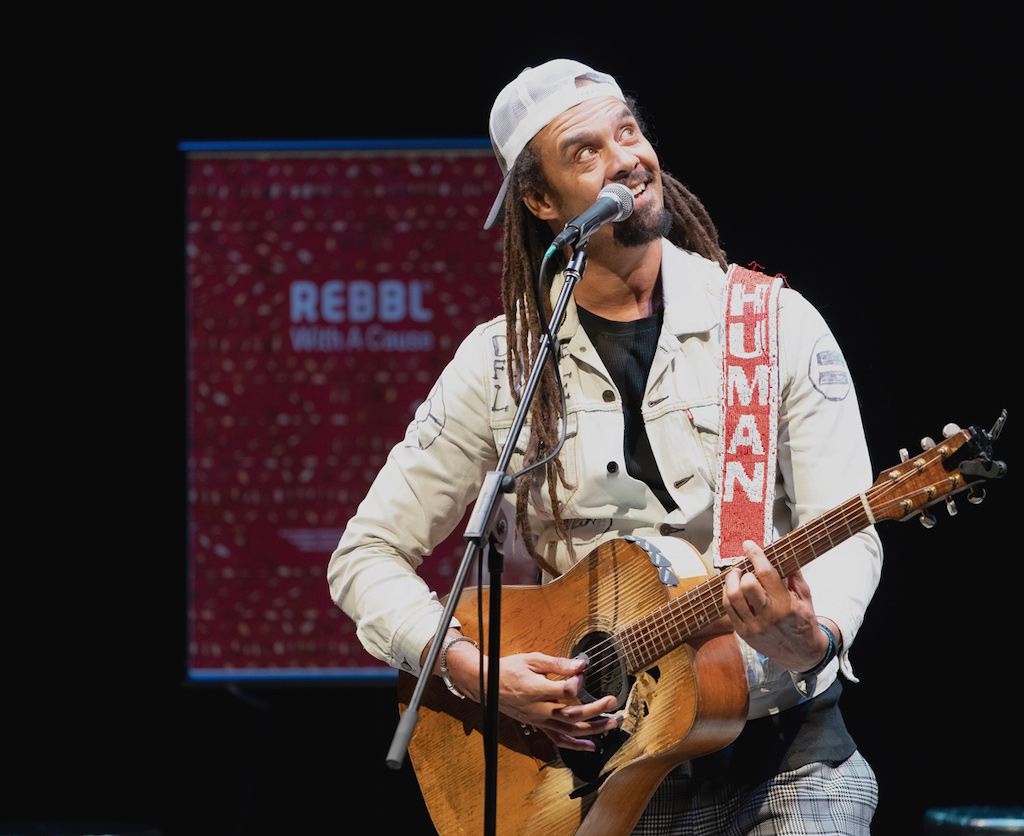 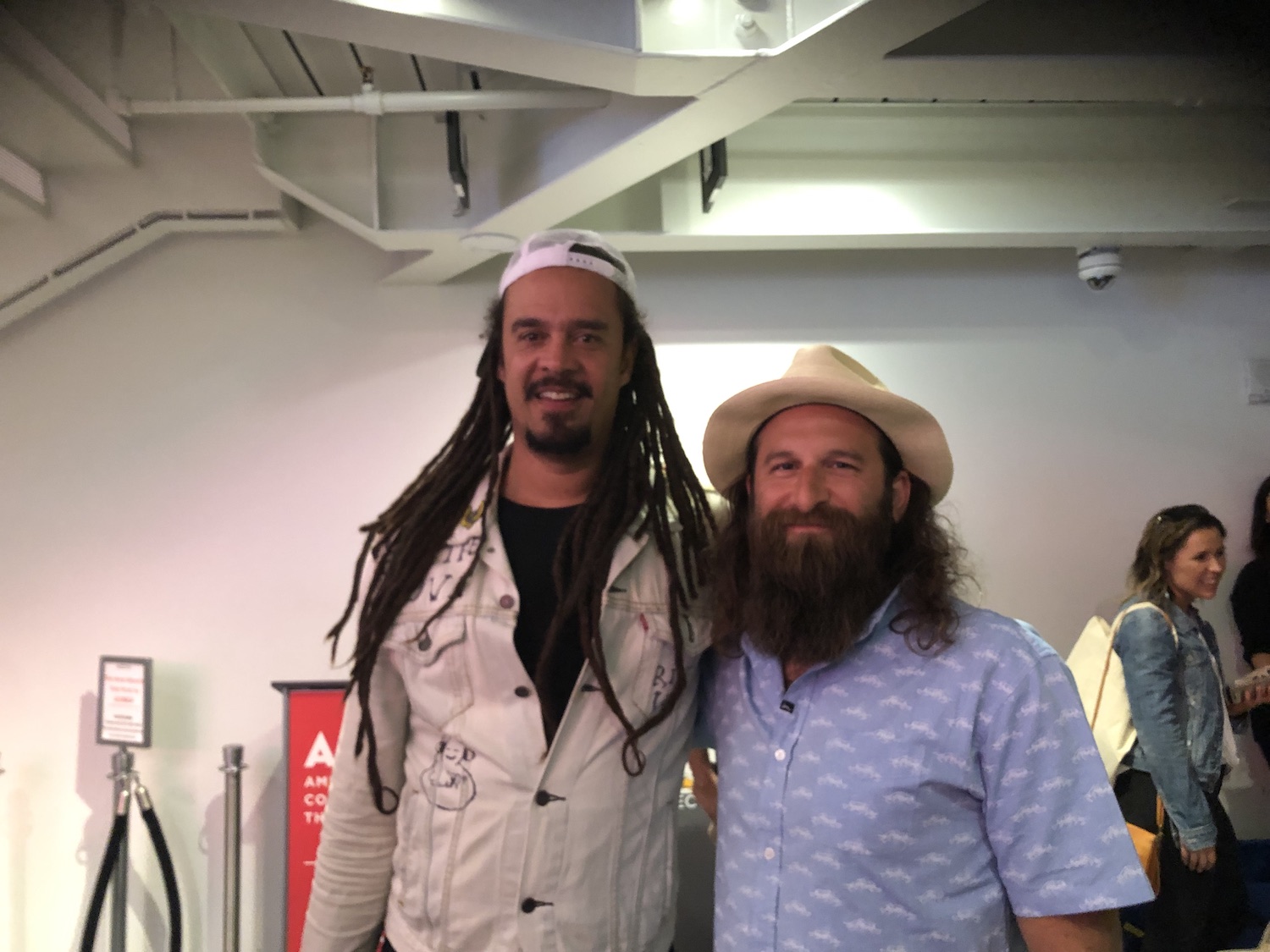