There is No Normal

May is Mental Health Awareness Month and marks the launch of Bring Change to Mind’s (BC2M) latest campaign, No Normal. BC2M’s mission, since its establishment 10 years ago, is to end the stigma and discrimination surrounding mental illness and Guru developed a campaign to dismantle the idea of normal.

We are conditioned from a young age to want to be normal. This thinking pushes us to strive towards unrealistic ideals of how we should look, feel, act, and think — and even equates “different” with “wrong.” So we gravitate to what we think is comfortable and safe. In a world that is plagued with pandemic realities, we face constant conversations about the new normal. In fact, Google searches for the phrase “new normal” doubled between January and May of 2020.

But it’s this way of thinking — this habit of categorizing and labeling what is okay and what is not — that is detrimental to forward progress and thinking. It builds barriers that result in conflict and suffering. It has denied human rights for so many people and it continues to suppress the needs and wants of others. This is true of both our brains and our mental health. All brains are different; there is no one “normal.” When this is embraced the stigma fades. Guru and BC2M believe it’s time to expose the idea that causes this harm and show the world there is #NoNormal.

In preparation for this campaign launch, BC2M engaged in a partnership with Guru in April of 2019. Over the course of the months that followed, the Guru team developed strategic recommendations rooted in extensive research across the nation.

“Since 1 in 5 Americans live with mental illness, it’s surprising we haven’t yet dispensed with the associated stigma,” said Guru Managing Director Cheryl Eaton.  “It’s time we all embraced the differences and see there is no normal and abnormal. Brains aren’t binary like that. We see the work of Bring Change to Mind in line of the recent stigma-fighting cultural shifts like sexual orientation and gender identity. Mental health is the last frontier and we are ready for it.”

This strategic basis led to robust creative concept development, and ultimately, the creation of the No Normal campaign platform. The idea is brought to life across a multitude of print, digital, and out-of-home media placements. Its cornerstone asset, the annual BC2M PSA, shows a high school student named Norm who lives with anxiety and learns that he can’t filter himself into feeling normal. The Wes Anderson-style cinematography was brought to life in partnership with Endeavor5. 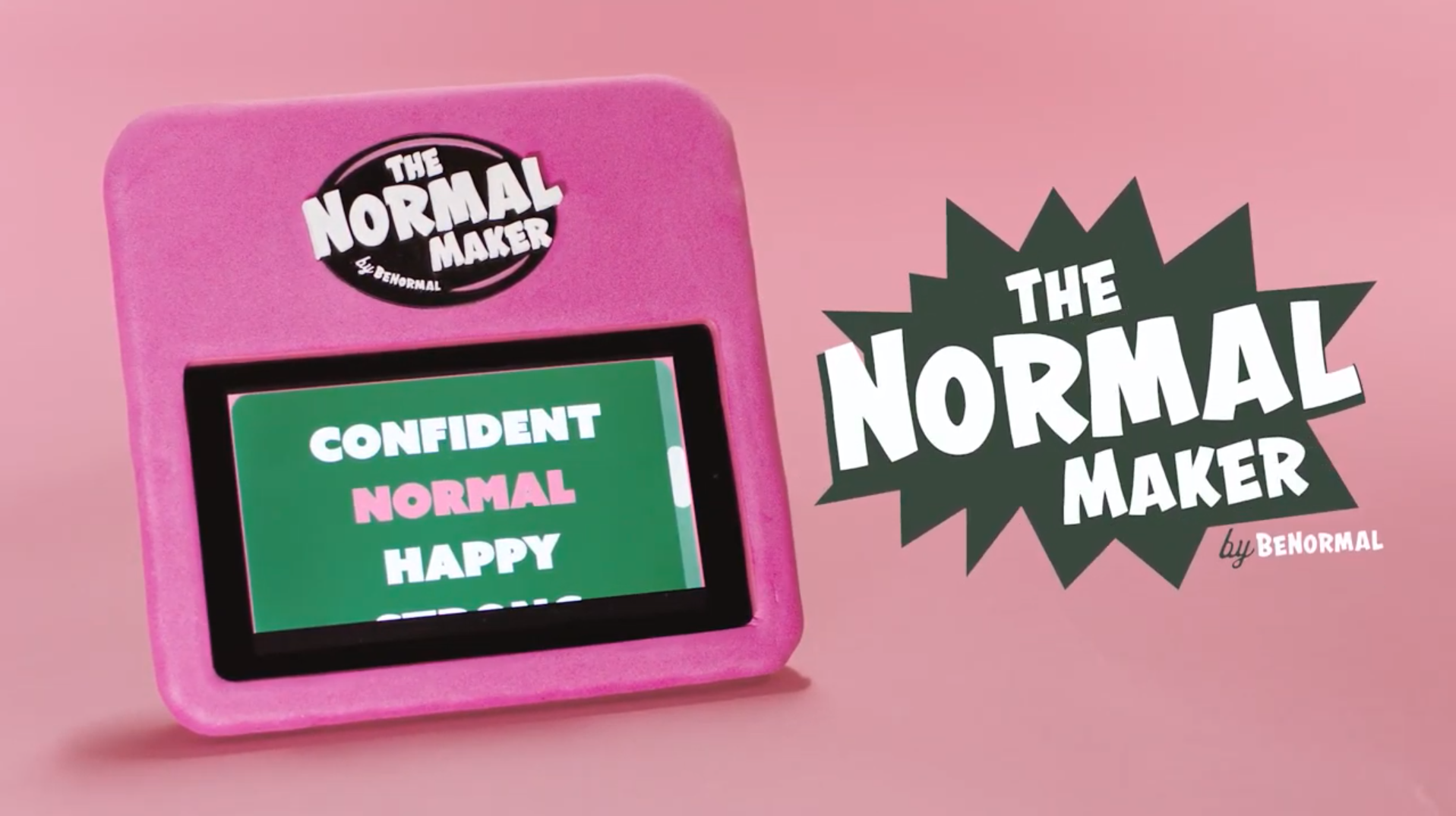 “It’s an honor to work on something that can make such a big difference, even if we touch just one person’s life,” according to Guru’s Associate Creative Director Vance Kiviranna. “So we went big… we set out to dismantle the idea of normal that has caused more harm than good. And leverage the power of this concept to direct attention to the stigma that accompanies mental illness.”

The No Normal campaign serves as an easy entry point to start the conversation around mental health. To show your support, share a photo of yourself with the campaign filters and remember, there is #NoNormal.

Bring Change to Mind was co-founded in 2010 by actor and activist Glenn Close. Since inception, the organization has successfully leveraged the power of celebrity and media to launch a national dialogue about mental health. Additionally, BC2M has created a social movement around change by providing people with platforms to share, connect, and learn. This has allowed the organization to emerge as a leading national voice in the work to close the understanding gap and to normalize conversations around mental illness. To date, through Public Service Announcements (PSAs), an evidence-based peer-to-peer high school program, and undergraduate research focused on stigma reduction, BC2M has reached more than six billion people through messaging and advocacy efforts and serves more  than 10,000 students across the country.